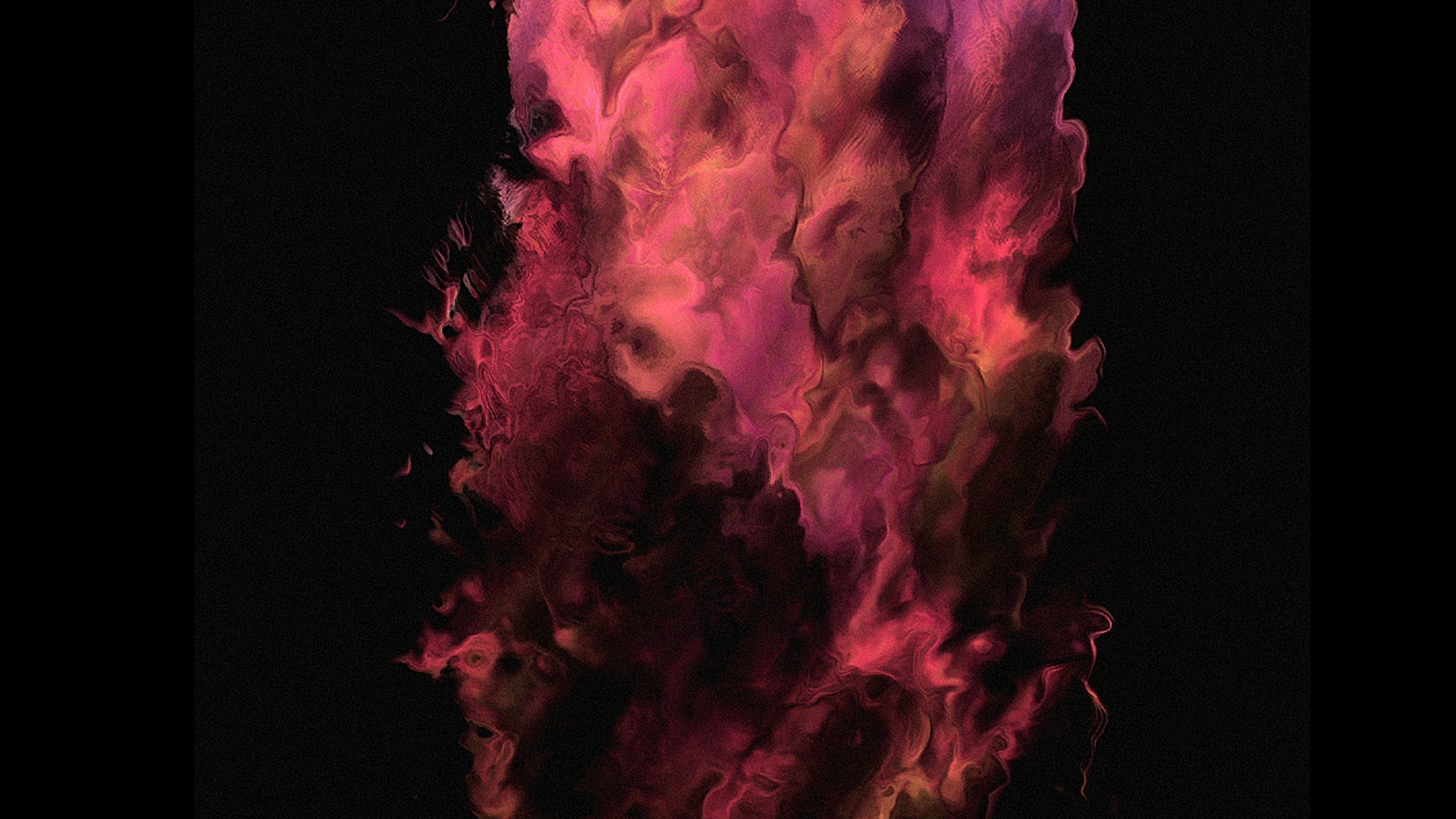 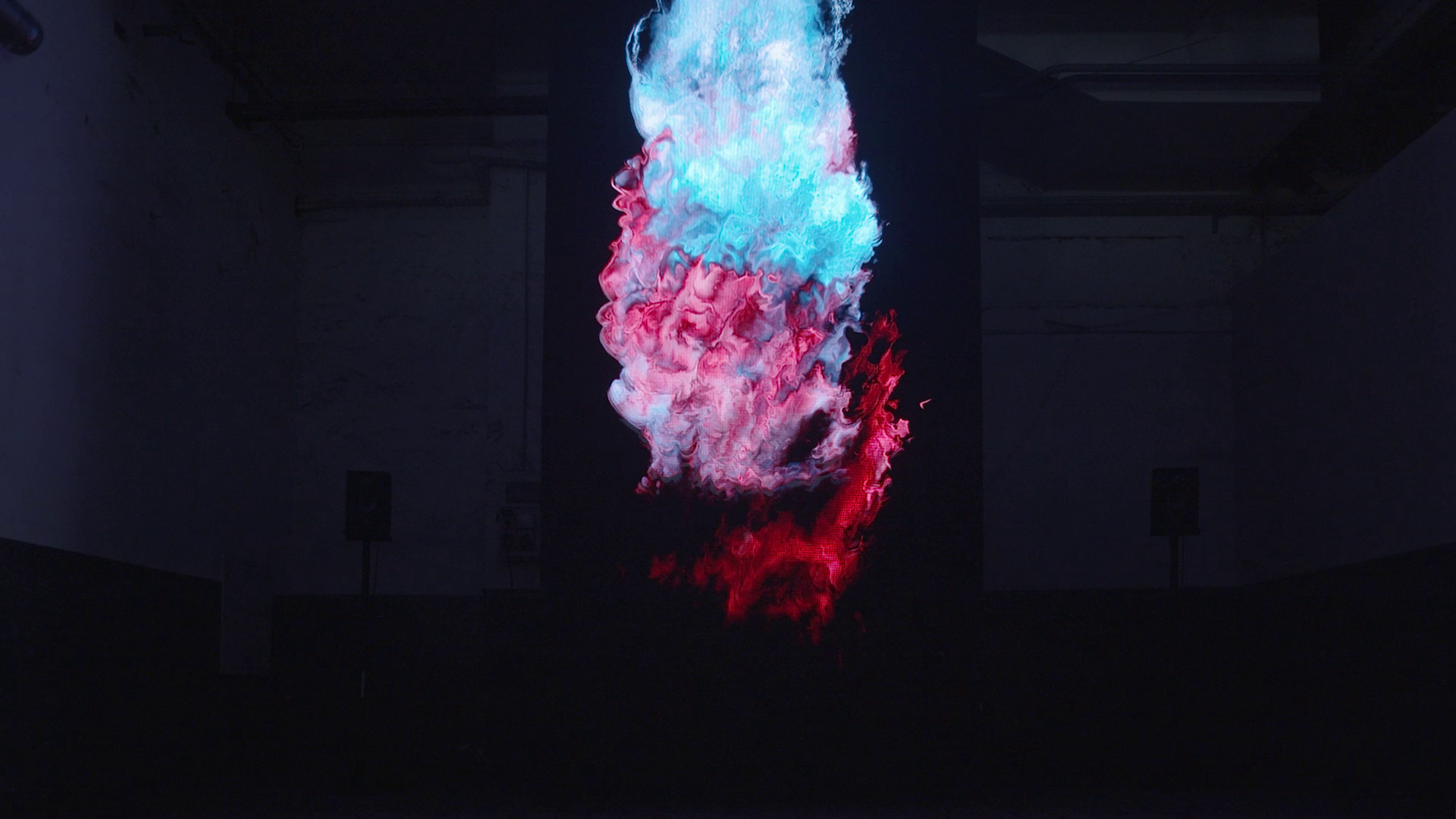 Liquid Fire is generative digital sculpture from the TSCN_V0 .
In this work, two naturally opposite elements combine in order to form a new one. Of monolithic shape, this digital waterfall shelters an immersive space which is the result of a combination of complementary and sometimes contradictory elements. Here, fluids and flames cohabit, communicate and reflect each other despite their antagonisms.

As in nature, matter transforms in a cyclical way. However, often during such extended periods that human time can only rarely appreciate these mutations. With the help of advanced digital tools TS/CN provide their audience with a chance to observe this variation of shapes and elements in real time.

Liquid Fire proposes a unique experience. The artwork is composed of proteiform elements, which feeds the renewable aspect of the viewer’s experience. The artwork is a generative piece, hence as different people approach at distinct times, they will experience a new aspect of the work. Liquid fire can play endlessly. The artists built a timeline to control how the installation should react, while still allowing it a certain freedom. TS/CN have conceived the narrative in several acts, several phases, each with properties at the level of sound and visuals, that can be somehow repeated, while remaining different. 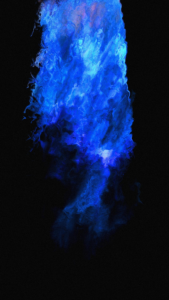 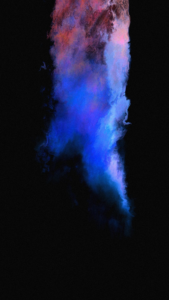 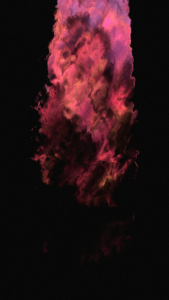 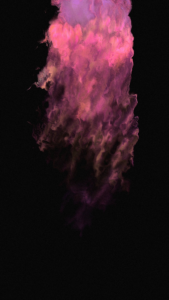 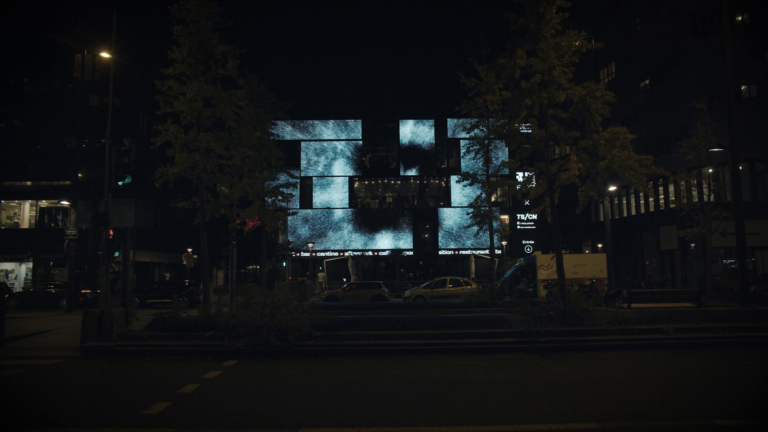